Reza Parastesh, from Iran, has become famous for his uncanny resemblance to footballer Lionel Messi.

His rise began when a photo of him wearing Messi’s Barcelona shirt began to circulate online, which was when Parastesh decided to cut his hair and study the star’s mannerisms to really nail the look.

However, the viral fame took a dark turn when several news outlets recently reported Parastesh had been using his looks to take advantage of women, making claims that he had duped 23 people into sleeping with him – apparently all under the impression he was the well-known Argentine.
In an interview with Omasport, Parastesh has asserted that such claims are untrue, and has revealed he has been ‘severely harassed’ as a result.
The Tehran-based part-time model said: “The news is spreading in the Muslim countries and it has been a disaster.
“I was severely harassed because it released the whole world on me. My family also harassed me, but the people’s attack was more influential.”
Parastesh, who is also a graduate in Urban Engineering, has also released a video on his official Instagram page, explaining he would be attempting to fight the reports legally to ensure his name gets cleared.
“Hi friends, a piece of false news about me is trending on social media with regards to me sleeping with 23 women because they thought I was Lionel Messi,” he said.
“Please do not play with people’s reputation and credibility.” 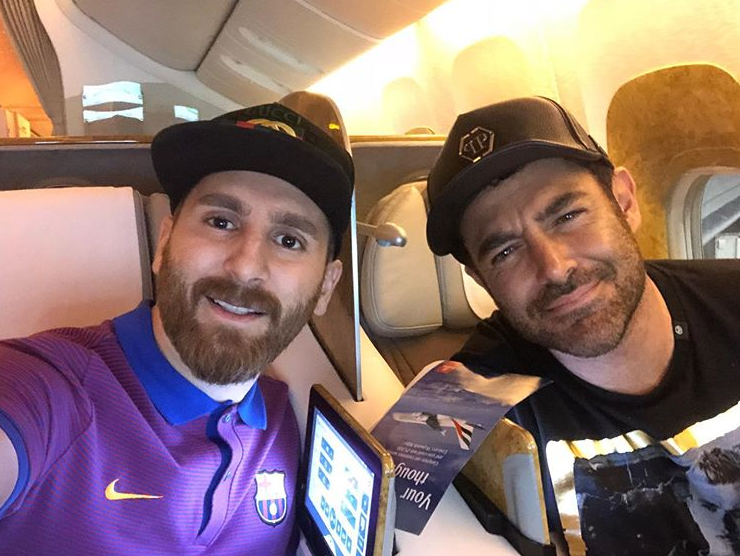 Parastesh, left. Credit: Instagram/Reza Parastesh
Parastesh, who has 692,000 Instagram followers, continued: “We are all aware of the fact that if it actually happened to anyone, there would be some complaints and it would lead to my prosecution. That would be a disaster and a calamity of international proportion.
“If this news was true, I would be in jail right now.
“Do not believe it, it is not true. I am going to do everything to fight this legally and make sure my name is cleared.”
In the video’s caption, he also asked followers to flag any news stories regarding the claims and send them his way.
“I ask you if you see a post or news about this rumor link to this post,” he wrote.
“Send me a message.”

Building a Gimbal in Rust: An Introduction

"Fix Our Football For Us" Derek Boateng to GFA Management

'Sex for Grades: Stop trooping into the offices of lecturers for...

Shatta Michy reacts after a lady slept with her best friend’s...

Meet Nana Kwame Bediako: a Ghanaian millionaire. Want to be like...

ABOUT US
ReaditGhana is your news, entertainment, music fashion website. We provide you with the latest breaking news and videos straight from the entertainment industry.
Contact us: info@readitghana.com
FOLLOW US
© 2020 ReaditGhana.com
MORE STORIES

“EXAMINATION IS BEING USED AS A FORM OF PUNISHMENT TO PUNISH...

The unusual: Lady Publicly Proposes To Her Boyfriend On Valentine’s Day

February 15, 2020
We use cookies to ensure that we give you the best experience on our website. If you continue to use this site we will assume that you are happy with it.OkPrivacy policy